A project for musicians and composers 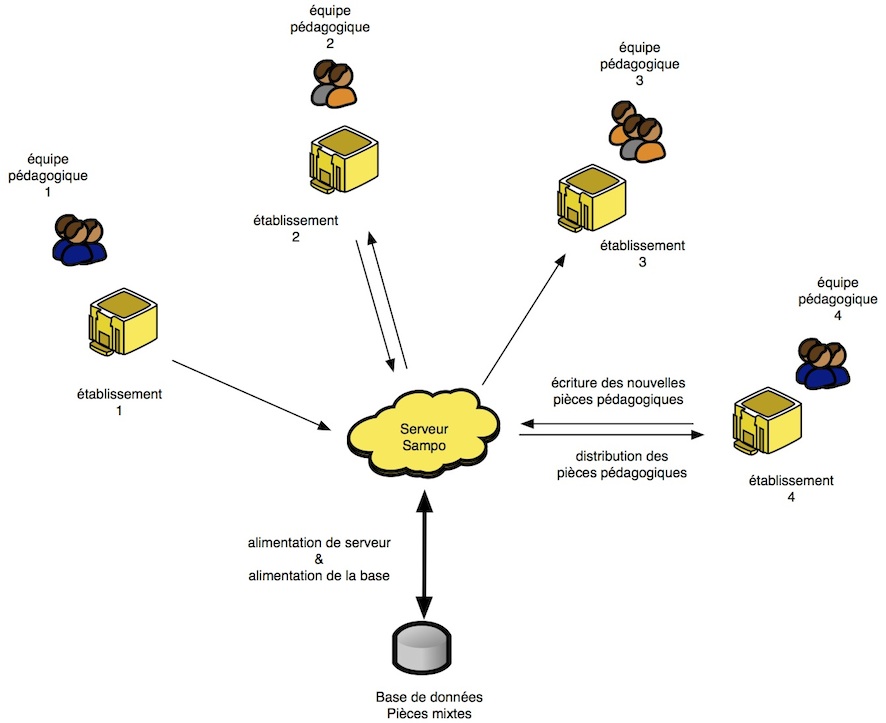 From 2016 to 2018, the French Ministry of culture and communication supported the RéDi-Musix project in the framework of their call for projects: Innovative Digital Services.

The purpose of the project was to interconnect conservatories and music schools and allow them to exchange and create pedagogical mixed music works, as well as the already existing repertoire of mixed music of the 20th and 21st centuries.

To do this, Musinfo association placed terminals – Sampos – at partner schools. On these different terminals it is possible to play and compose mixed music in the same conditions and with the same audio results anywhere.

The RéDi-Musix project brings together all the elements necessary for the production of mixed music from its creation and distribution to its archiving. Technically the RéDi-Musix project appears as a service commonly called "cloud" and contains two types of digital service: 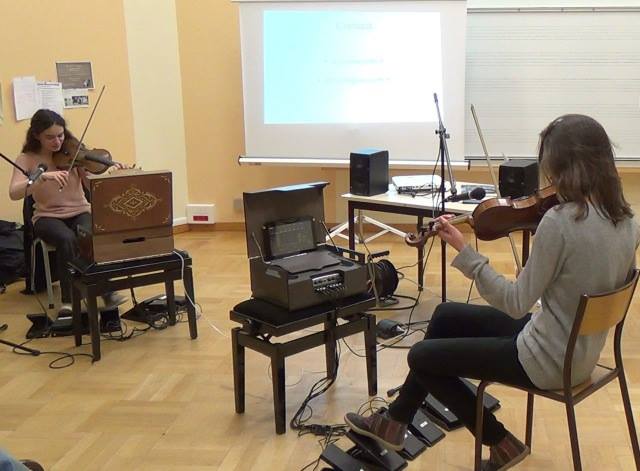 Two types of pieces were worked on during the project. First, students and teachers were able to work on pre-existing pieces of mixed music that had been specifically transcribed for Sampo. These pieces were available on the server and were distributed directly on the terminals. Musicians playing acoustic instruments were thus able to perform these pieces in identical conditions in all partner schools in France or abroad.

At the beginning of the project, the repertoire contained already some dozens of pieces available for various acoustic instruments and Sampo.

During the project, composers and students in composition classes composed mixed pedagogical pieces. These pieces were immediately placed on the server where they were available for all other partner schools and notably their music classes. Students from all these schools were therefore able to work on these pieces to prepare the restitution concerts.

Partners of the project 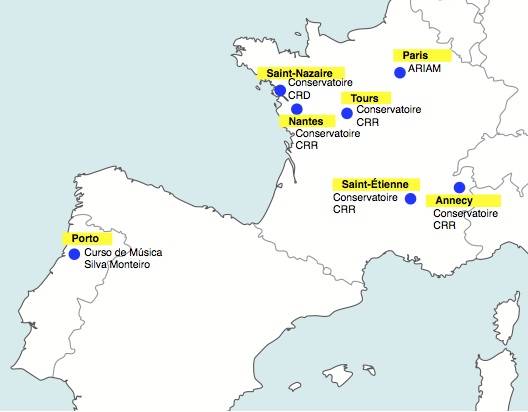 We had a total of 8 project partners in France and Portugal.

In France, seven conservatories took part in the project:

In Portugal, our partner was the music school Curso de Música Silva Monteiro for the RéDi-Musix project.

This project is supported by the Ministry of Culture and Communication.